Takotsubo cardiomyopathy (TTC) also known as stress cardiomyopathy or broken heart syndrome was first described in Japan in 1990. In Japanese, “tako-tsubo” means “octopus pot”, which describes the shape of the ventricle during systole. The clinical presentation of TTC mimics the Acute Coronary Syndrome (ACS), including sudden onset of chest pain, ST-segment elevation and in some instances elevated cardiac enzymes. Coronary angiography is the gold standard diagnostic test to exclude coronary artery stenosis. Left ventricular-angiography often reveals a systolic dysfunction and wall motion abnormality [cf. video], which in most cases are reversible once the acute phase passes. The overall prognosis is favorable however, in the acute phase TTC is a life-threatening condition with a similar mortality rate as ACS. Thus, correct diagnosis and prompt management are essential, TTC most predominantly affects postmenopausal women after a stressful event; however it can also affect men. Currently, the exact etiology and pathophysiology of TTC are not well understood.

In 2011, our center established an international Takotsubo registry, which presently has the largest data base worldwide. Our aim is to elucidate the pathophysiology of TTC distinguishing it from ACS. Since the management of the two differs, invasive and expensive procedures warranted in ACS may then be avoided. Furthermore, this will contribute to medical knowledge base about this condition. Additionally, we aim to identify the risk factors associated with TTC, which is a viable tool in identifying high risk individuals. Thus, this project will serve as an effective resource in reducing morbidity, mortality and use of health care resources. 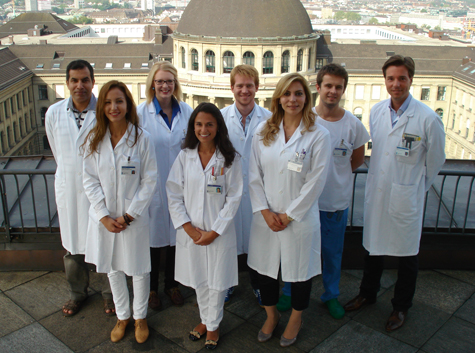 For more information on the International Takotsubo Registry visit the website www.takotsubo-registry.com. Furthermore, we like to encourage other cardiovascular centers and hospitals to participate in the registry.